Switch to the dark mode that's kinder on your eyes at night time.

Switch to the light mode that's kinder on your eyes at day time.

Switch to the dark mode that's kinder on your eyes at night time.

Switch to the light mode that's kinder on your eyes at day time.

A Ukrainian peace negotiator has been shot dead ahead of the latest round of talks to end the war amid claims he was a Russian spy.

Ukraine’s Ministry of Defence said Denis Kireev, 45, was a spy and former banker who was killed during an operation to ‘defend the nation’.

After his death, the government hailed him as a ‘hero’ but MPs claimed he was shot and killed by Ukraine’s security service after resisting arrest on suspicion of ‘treason’.

Mr Kireev was pictured sat on the Ukrainian side of the negotiating table during last week’s peace talks with Russia on February 28, despite not being on the official delegation list, and his role at the summit is unclear.

Both Russia and Ukraine have made claims about his alleged spying activities, each blaming him of working for the other side. 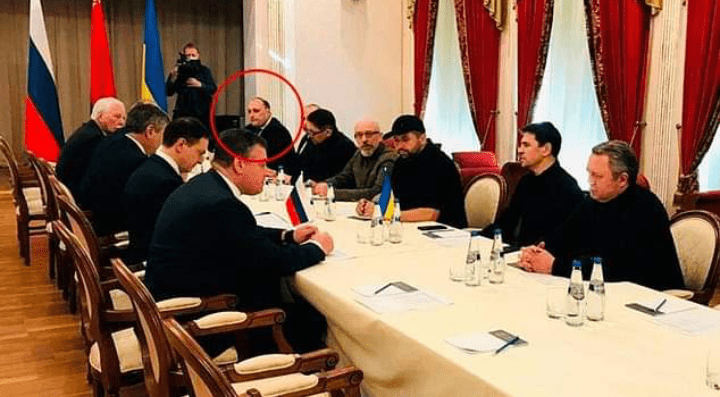 An official statement from Ukraine’s Ministry of Defence said: ‘During the execution of special tasks, three spies were killed – employees of the Main Intelligence Directorate of the Ministry of Internal Affairs.

Photographs were posted online yesterday allegedly showing Mr Kireev dead before rumours that he was spying for Russia began circulating.

Russia claimed he was killed by the Security Service of Ukraine (SBU), while senior Ukrainian politicians claimed he died while in SBU detention.

Meanwhile, Prime Minister Boris Johnson has drawn up a six-point plan to defeat Vladimir Putin as he moves to assume leadership of global efforts to end the horror in Ukraine.

Get the best viral stories straight into your inbox!

Could the Queen be canonised as St Elizabeth of Windsor? END_OF_DOCUMENT_TOKEN_TO_BE_REPLACED More

Thanks for Visiting Global Village-Africa News!

Don’t miss out on new posts

Your password reset link appears to be invalid or expired.

To use social login you have to agree with the storage and handling of your data by this website. %privacy_policy%